The Romans Posted a Guard at the Tomb

“Command therefore that the sepulchre be made sure until the third day, lest his disciples come by night, and steal him away, and say unto the people, He is risen from the dead: so the last error shall be worse than the first,” Matthew 27:64.

Those Pharisees just would not leave Jesus alone, would they? Here, the chief priest and the Pharisees are bothering poor Pontius Pilate, again. Of course, at this point, Jesus had died on the cross and been placed in the tomb. The priests had heard of Jesus saying He would rise from the dead in three days, and they wanted to make sure that did not happen; so, they were there to ask Pilate to put a guard on the tomb.

One could easily suspect that neither Pilate nor the priests were actually concerned that the disciples were planning to steal the body. Perhaps, they had heard enough and seen enough to know what was really going to happen.

The resurrection is the most significant event in human history; the work of Jesus was finished as He arose and conquered death so that one day we might also conquer it. It has been said that when Jesus died on the cross, He wrote the check, and when He arose, the check cleared. Without the resurrection, our faith is just a meaningless, empty, shell base on simply another dead prophet.

The resurrection is not only necessary, but it is one of the most well documented, supported by evidence, of all the events in the Bible. It is also one of the most attacked events contained in it. Without the resurrection, we have nothing. Is it any wonder the scoffers attack it so vigorously?

JUST A THOUGHT: When Jesus died, He paid for our sin forever; when He arose from the tomb, He gave us life forever. 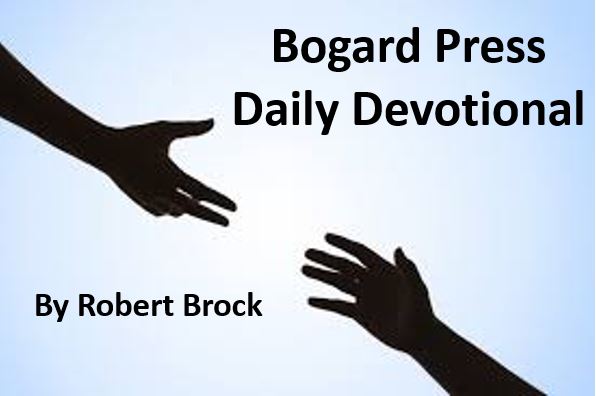 Pilate Resorts to a Custom

“Pilate saith unto them, What shall I do then with Jesus which is called Christ? They all say unto him, Let him be crucified,” Matthew 27:22.

Pilate was not in charge. God had allowed the Pharisees to back him into a corner and force his hand. After Lazarus’ resurrection, the Jewish leaders met. “If we let him thus alone, all men will believe on him: and the Romans shall come and take away both our place and nation” (John 11:48). Pilate proclaimed Jesus innocent several times and asked the Jews whether or not they wanted him to release their king. The Jews sprung their trap; He says He is king. If you release Him, you are no friend of Caesar’s.

In spite of the Jews’ vindictive plan, Pilate proclaimed under Roman law that Jesus of Nazareth was the King of the Jews and had that statement nailed to His cross. Pilate had asked Jesus whether He really was the King of the Jews, and Jesus had responded “To this end was I born” (John 18:37). The Pharisees pleaded for the release of a thief named Barabbas and the crucifixion of Jesus.

Even though Jesus was promised in Genesis 49:10, the Jewish religious leaders willingly gave him up to be crucified. The Jews wanted to protect their plush positions granted them by Caesar to rule the people and keep down riots.

The Pharisees paid the soldiers to spread a rumor that Jesus’ disci-ples carried away His body and hid it. Jesus raised many believers and sent them to town wrapped in grave clothes, implying to the religious leaders: “What are you going to do about this?”

THOUGHT: God springs His trap on His enemy in His own time.