Glory Only In the Cross 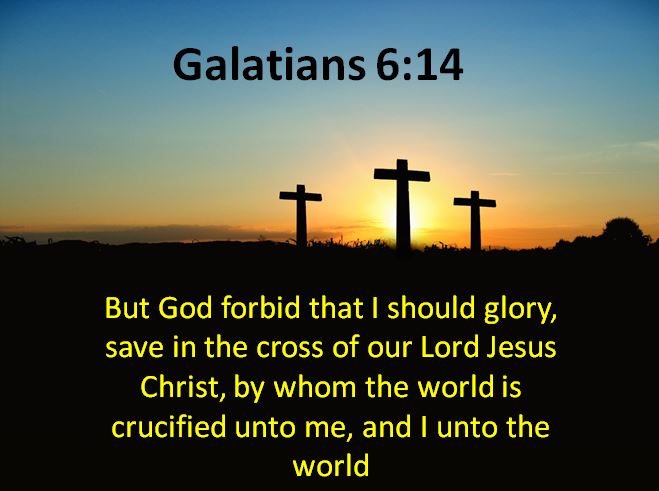 When Jesus was preaching during His Earthly ministry he constantly seemed to be locking horns with the Pharisees, who were quite concerned with holding on to their positions of power and making themselves look good. It seems those who followed Jesus in preaching the Gospel, such as Paul, had a similar issue. In this case, it was  the  legalizers and the Judaizers, who wanted to teach that new converts to Christianity had to adhere to the legal requirements of the law to properly follow this “new” faith.

Things never change much, friends. There are still those who insist that believers must follow some set of rules or law to be proper, correct and saved believers in Jesus Christ. Now, as then, the Gospel is perverted by those who want to accomplish two things: 1)  to exercise control over others for their own ends; 2) to boast in their own ability to be “good” people.

Friends, don’t get pulled into this trap. No other human is of enough worth to set rules for you to follow, and we ourselves can never follow those rules in such a way to make ourselves worthy. As Paul stated (and Paul was as “good” as a fellow could be,) we have nothing to boast about but the glory of God and the finished work of Jesus Christ on that Cross. This is what gives us the ability to turn our back on the world and be “good.”