Prepare to Meet Thy God

Careless soul, oh, heed the warning,
For your life will soon be gone;
Oh, how sad to face the judgment,
Unprepared to meet thy God.

Words by James H. Haley from “Prepare to Meet Thy God”

Therefore thus will I do unto thee, O Israel: and because I will do this unto thee, prepare to meet thy God, O Israel.

Ravi Zacharias- Why I Am Not an Atheist

Proponents of atheism have a more prominent voice than perhaps they would have in years past. Is there any validity to their logic? How can Christians answer the critiques?

Ravi Zacharias explains why he is not an atheist to an audience at Princeton University.

This is not an all inclusive list, just a few things I absolutely believe in.

1. I am a Young Earth Creationist, I am not afraid to admit it, and I don’t care what other people think about that.

I have tried for many years to temper this belief with the possibility that the six days in the Genesis account may not be six literal days and could actually be millions of years but have come to the belief that this is unbiblical.

If this offends you, fine. I will not sugar coat the truth in the interest of political correctness or to avoid offending anyone. Not offending and the approval of men is NOT what I seek or what I am the least bit interested in.

3. I believe Jesus Christ was crucified, buried in a known tomb, and raised from the dead on the third day.

Like the apostle Paul, I believe that not accepting the resurrection as a historical fact is foolishness and makes the Christian faith worthless.

4. I believe we are ALL, me included, sinners in need of redemption that can only be found in Jesus Christ.

This is simple, biblical, and not open for debate.

“For all have sinned and fall short of the glory of God.”

5. I believe the Bible is the inspired, error, and contradiction free Word of God.

Modern intellectuals (as they call themselves) who strive to find fault with the Bible are no different from the proud Greeks of Paul’s day who lived in the futility of their thinking. They too were darkened in their understanding… because of the blindness of their hearts (Ephesians 4:17–18).

6. I believe the God of the Bible is a perfect, infinite, omniscient, omnipresent, and omnipotent being who is a god of love, mercy, and perfect justice.

Christians MUST recognize that God is God, His works are perfect, and all His ways are just. He is a faithful God who does no wrong, upright and just is He (Deuteronomy 32:4; see also Psalm 11:7; 90:9).

7. I believe Jesus Christ is THE ONLY way to God and Christianity is THE ONLY true religion.

Either Christianity is all true or it is not.

Either Jesus performed miracles or He did not.

Either Jesus rose from the dead or He did not.

Based solely and completely on who Jesus is and what He did, Christianity is the truth and by necessity all other religions that disagree with Jesus are wrong.

But, if He did do these things, then Christianity alone is true since, in all the religions in the world, only Christianity has the person of Jesus; and Jesus said that He alone was the way, the truth, and the life (John 14:6).

Let The Little Children Come Unto Me

There are many attacks against the Christian faith and our duty to spread the good news to everyone. Most attacks are fundamental, which is to say that they try to breakdown our very belief in the existence of God, through the spread of atheism, which seems to be getting more drastic.  When they can’t get us to denounce our beliefs, they attack His nature and qualities, as though by labeling Him as bad, we will suddenly wake up from our trance!

If they meet a road block there, the next attack is usually against the Bible, being our primary reference point for our beliefs and the teaching of Heaven and Hell. The main defense is that we have no right to judge others and that right and wrong is relative to culture. Also, they seek to disprove the Biblical stories with ‘scientific evidence’, even though the sphere of science is yet to be fully comprehended by the human mind! They arrogantly ignore the many scientists who have eventually had to conclude that ‘there must be a God’.

Other attacks have come under the ‘tolerance’ agenda, where the result is the exaltation of self and sexual freedom. However ‘religious extremism’ is not tolerated, and the definition of extreme is getting broader and broader, so that religion itself seems to stand as the opposite of tolerance!

That leads us to the final attack – the prohibition of religion. Though it is not illegal yet, that’s where it’s all leading to. Religion is no longer appreciated in Western schools, and teaching children about God is seen as an exploitation of their vulnerability, because it is assumed that they are unable to decide for themselves what is true, and will succumb based on their relationship with the teacher, rather than a thorough analysis of the truth. The end result of such reasoning is to eventually accuse parents who teach their children to love and fear God of child abuse!

In the meantime, there are no restrictions on the filth that children are taught in schools concerning their gender and self-image, sexuality and relationships, evolutionary based science and the idea that their purpose in life is to be rich and famous! So the anti-God agenda gets free reign in schools and public spaces, under the tolerance agenda, while people of faith are openly persecuted and abused, but made to think they have the same rights to their beliefs, its expression, association and life as others.

The good news is that we don’t need the world’s approval to teach our children (and ANY child that we come across) about God and the Salvation He prepared through Jesus Christ! Jesus has clearly commanded us to go into all the world making disciples of everyone. And in case we wonder about the age of consent, He emphasized, for our benefit – maybe for such a time as this – that we should not hinder the little children from coming to Him!

“Let the little children come to Me, and do not forbid them; for of such is the kingdom of heaven.”

By: ColorStorm at The Naked Truth

Some say apes and humans are darn near brothers. Okaaaay. Of course the reason people cling to this is to leave God out completely. They share a common heritage it is said…………their dna is almost identical in the gene pool, so it goes.  Yea, and the hyena is darn near human because of his snickering laughter. Please. 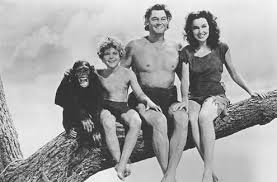 Conversations quickly degenerate into who brings the most amusing nonsense, while the gorilla oblivious to the stupidity of men wanting to steal his identity, walks about simply being what he has always been, and always will be:  a gorilla. Yep, and the same way the whale roams about the real estate of the seas doing what he knows best: just living as a whale. And the eagle? You get the drift.

The difference that disallows the ape or chimp from ever becoming human is courtesy of the wisdom of the Creator, and exposes the foolishness of man.

Read the rest of the original here

The ‘Wicked God’ of the Bible

Great one here by Ufuoma over at Ufuomaee

Eating from the tree of knowledge of good and evil has made man so wise! Now we know good and evil, we can judge God. In fact, we are so enlightened now that, we are wiser than God, and beyond judgement ourselves.

“How can a God be worthy of worship when He commands His holy people to kill innocent children and animals, and annihilate whole civilizations?” they ask. “How could He condone slavery, when we were loving enough to condemn it?!”

“If there is such a God, He is wicked and we should all refuse to worship Him. If judgement day comes, we’ll just hide it out. He will be so embarrassed when nobody bothers to show up!” they mock. Are you on board?

The whole premise of the atheist’s unbelief is built on the idea that they are wiser than God. Not only wiser, but kinder and more just too. If they were given the job, they’d solve all the world’s problems before you can say “Boo!” The philosophy is built on arrogance, pride and foolishness, which is itself, its own punishment, ironically.

Wake up thou that sleepest….

Just a great post by my blogging friend ColorStorm.

Comments disabled here, head over to ColorStorm’s place and share your thoughts.

Animals sleep as a reward for labor; or they simply sleep because they want to. 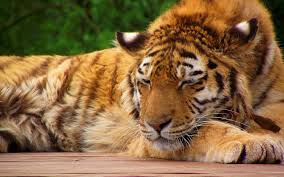 God gave humans the gift of sleep as the same rest from labor, to heal and grow, to prepare for tomorrow, but far too often sleep is needed to give us a break from our egos. That being the case, you could wonder how some people ever wake up.

Evidence of an exaggerated ego? It appears for a person to say ‘there is no God,’ this is quite a stretch being that life is proof enough.

Ms Wisp observed when speaking of God in her post:   https://violetwisp.wordpress.com/2015/07/14/the-emperors-new-clothes/

‘We can’t see him, hear him, touch him, smell him, measure him or detect him in any way. Christians are still convinced he’s there.’

Ah no, we can see him, we can hear Him, we can touch, smell, measure, and detect Him in EVERY way; we simply…

Prepare to Meet Thy God

Careless soul, oh, heed the warning,
For your life will soon be gone;
Oh, how sad to face the judgment,
Unprepared to meet thy God.