Why are you making excuses? 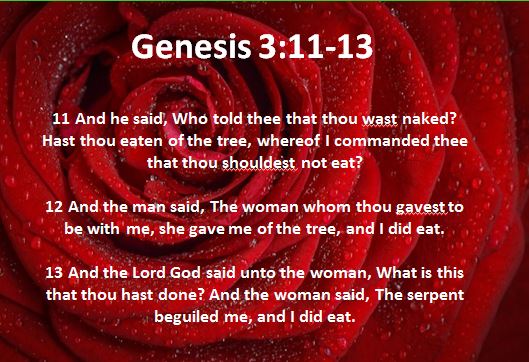 Way back in the day, when I was in Army Basic Training, the drill sergeants would often respond when a person was scrambling for a feeble reason for messing up, “Soldier, do you know what the maximum effective range of an excuse is?.” The only acceptable answer was a loud resounding, “Zero meters, Sergeant!” A great post here from Elihu over at Elihu’s Corner. Comments closed here; blessings and enjoy.

Some would say blame-shifting is a popular trend these days. It does seem as though our society promotes this idea of abdicating accountability. Despite what we think, people have been making excuses since the first man and woman. Apparently, nobody ever likes to be caught doing something they shouldn’t, or failing to do something they should.

This is not oversimplification. All have sinned, and sin is downright messy. Our attempts at excuses are just attempts to sweep sin under the rug.

The first excuses in the history of mankind began with the first sin…….Read the rest of the post here: Why are you making excuses?