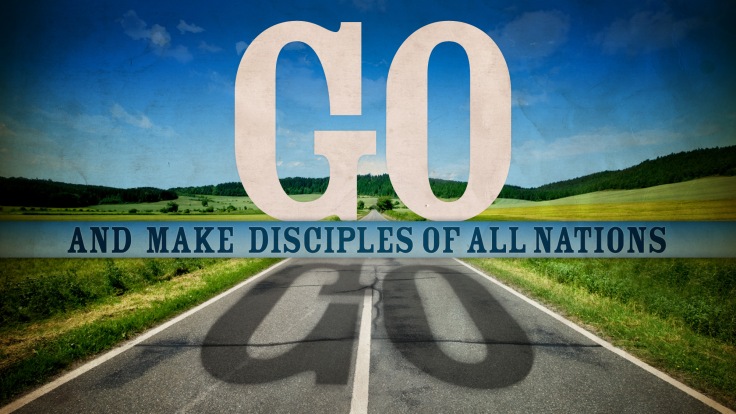 A while back I posted this Just a Thought post which read as follows:

During His ministry, Jesus often told people to keep His works quiet, and they ran around telling everybody.

When He left, he told us to go tell everybody, and we don’t

I gave a brief answer one way, and my other blogging friend, Patrick, said this:

“I may be wrong, but I think Dawn was asking why Jesus said to keep His works quiet during His ministry.”

I had given a brief answer as to why I thought we DON’T tell it today when we are clearly told to, but did not address the whys of the reasons Jesus told people NOT to tell of His great works.

Honestly, it’s just not something I had considered that much and really had no thoughts to offer. So, now that some time has elapsed and I have studied some, I am prepared to offer what God’s Word seems to be teaching us.

This will be a multi part mini series, just to keep things short and to the point. Today will be just our introduction to things; and over the next few Monday and Wednesday posts we will look at why the seemingly differing instructions were given.

Today we are just going to take a look at some of the instances in The Bible where Jesus first told people NOT to tell of the great works He had done, and some of the cases where He told others to go and even sent them out to tell. All these will be referenced to the applicable passages; by all means study and formulate some thoughts for discussion.

Several of these instances occur in more than one of the Gospels, but these are the times Jesus instructed another person NOT to tell what they knew of Him

In Matthew 8, Jesus healed a leper, then instructed him, “See that you say nothing to anyone, but go, show yourself to the priest and offer the gift that Moses commanded, for a proof to them.”

In Matthew 9, Jesus healed two blind men, then told them, “See that no one knows about it.”

In Matthew 12, after healing the man with the withered hand, Jesus left the Synagogue and healed many yet “ordered them not to make him known.”

In Matthew 16, Jesus instructed his disciples “to tell no one that he was the Christ.”

In Matthew 17, after His transfiguration Jesus instructed those who were with Him, “Tell no one the vision, until the Son of Man is raised from the dead.”

In Mark 3 Jesus cast out demons, he instructed the evil spirits, “not to make him known.”

In Mark 5, after healing Jarius’ daughter, “He strictly charged them that no one should know this”

In Mark 7, after healing the deaf man, Jesus again, “Jesus charged them to tell no one“

In Mark 8 after Peter acknowledged that Jesus was the Christ, “He strictly charged them to tell no one about him.”

There were also times when Jesus clearly told a person to either go tell of Him, did not object when they did, or sent them out personally.

One of the story we can read in Luke 8 is the story of the demon possessed man living in the tombs near the town of Gadara; this man was possessed by so many demons that they left him and entered a herd pigs which immediately ran over a cliff into the sea. Immediately the swine herdsmen returned to their town and told this story, and as a result many came from the town to see the man who had done this. The previously possessed man was still there, sitting at the feet of Jesus. He requested of Jesus that he be allowed to remain with him, but Jesus instructed him, “Return to your home, and declare how much God has done for you.”

The story of the woman at the well in John 4 provides another useful example. After she came to realize she was talking to the Messiah, she returned to her town and told what had happened to her. As a result, many came to believe. Many more came to the well themselves, heard Jesus teach, and were saved. In this case Jesus never instructed any one to not speak of what they had seen.

In Acts 1 just before He ascended to Heaven, Jesus had lthe following to say to those with Him, “But you will receive power when the Holy Spirit has come upon you, and you will be my witnesses in Jerusalem and in all Judea and Samaria, and to the end of the earth.”

And of course the most famous instruction of all from Jesus to go into the world and proclaim His message:

And Jesus came and said to them, “All authority in heaven and on earth has been given to me. Go therefore and make disciples of all nations, baptizing them inb the name of the Father and of the Son and of the Holy Spirit, teaching them to observe all that I have commanded you. And behold, I am with you always, to the end of the age.”

Come back on Wednesday and let’s talk about all of that!