The Colors of Joy 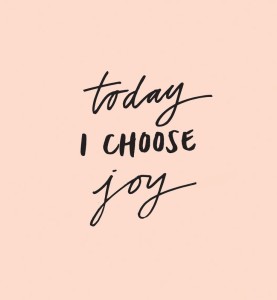 By: Pam Witzemann From Joy Indestructible

Adeline, a little girl raised in a world of dingy grey somehow, learned to dream in color. She was a talented child of limited privilege but gifted with creativity. Her talent to dream beyond her environment was her ticket to survival. Trapped in a home characterized by spiritual, intellectual, and economic poverty, Adeline escaped into the inner, colorful world of her dreams. That special place was the opposite of the deadly vacuum in which she lived and breathed. Adeline’s world was made of vast, rolling, emerald-green hills beneath an azure sky filled with cloudless rainbows. The sun was always shinning but never too hot, it gently, kissed and nurtured flowers reflecting the color of the rainbows above them, in the sparkling sky. Every animal on the planet that Adeline created in her mind was a pet, even bears and lions and the people were always loving and kind. Everything was wonderful in the dream-world of Adeline’s imagination and she spent as much of her time as possible there. Every book she read, every movie she watched was like a seed that upon germination, added depth and detail to her inner world. To Adeline, reality became just a bad dream and the better world within, her reality. Adeline found happiness in the colorful, loving, joyful world she imagined but her fantasy didn’t have the power to change her reality. Then something happened to turn Adeline and her desire to create goodness and beauty changed; she became creatively evil.

A man, all dingy, dank grey, with an empty soul, filled with alcohol, destroyed Adeline’s personal dignity before she even understood it as her right. Adeline became an “anybody’s” and a “nobody” by a process of degradation she was too young to comprehend. What she did understand was that if she pleased him, he wouldn’t hit her, and he even gave her things. In a world of dingy grey, survival and getting things is everything. Adeline wanted to live because all little girls want to live but the colorful world within her died, in the face of evil’s revelation. Forced by the cruelty of harsh reality into understanding her dream world could never be, Adeline turned all her creative powers over to the darkness. She became adept at pleasing by pretending to be what others wanted and then taking whatever she could clean from them. Sometimes though, her soul still screamed for relief and she found the escape she craved but no longer had the childlike faith to create, in drugs. A puff, a pill, a sniff, and finally, an injection artificially inflated Adeline’s dreams. However, they lacked the power to breathe life into her deadened soul that was now also, dingy grey. Adeline had no access to the joy she knew as a child and as the popular saying goes, when she grew up, she was a completed product of her environment. Sweet, beautiful, little Adeline didn’t make it into the world of human beings and by them, was regarded as only, a statistic.

Thankfully, statistics are another form of fantasy and no statistic can rightly define a human being. Adeline, no matter her environment or the choices she made to survive it, was a child of God. Her gift of creativity was her Godly attribute, a reflection of the Father who made her and adored her, even in her grey, lifeless state. Though the world labeled her as ”a nobody” who gave herself to anybody, God saw her as His precious daughter and He sent His Son, Jesus to save her from her sin and heal her from everything that damaged her. Though she appeared to be broken, useless, only garbage, through Jesus, God reached down whispering, “I love you. I bled and died for you and if you believe in Me, you will be free. I am living now and if you take my hand, you will live a new life in me.” Adeline recognized this voice that didn’t come from without but from within, as she reached for that hand that her physical eyes couldn’t see, and immediately, felt the wrapping of the warmest most comforting embrace she’d ever known. It was her Daddy, come to rescue her, and heal all of her wounds.

Because of Jesus, Adeline’s story didn’t end in a sad statistic and she found a sure escape from a dingy grey world of poverty, crime, and degradation. Adeline lived a life beyond mere survival. In Christ, she grew to overcome everything her childhood seemed to predestine for her. She wasn’t limited by her life’s circumstances because from before the foundation of the world, God had a better plan. Adeline became a wife, mother, teacher, and a painter who filled her corner of the world with every color of the rainbow. Every painting shone with a brilliant light empowered to bend every sorrowful shade of grey and disperse throughout: red for Christ’s blood, blue for peace, green for life, and yellow for joy. Adeline’s creativity found a new purpose, that of glorifying her Father. Adeline, that sad little girl trapped in a dingy world who managed to survive by the seed God planted of Himself within her, lived a life better than her dreams when she recognized the giver of dreams, as her Heavenly Father. Now, she belongs to only, Him. She is a daughter of the King! She still dreams of a better world but that world isn’t a fantasy. It is Christ’s Kingdom to come that her childhood dreams were but a taste of. In that world, there will be no sad little girls who must survive and then overcome a dingy world of grey.